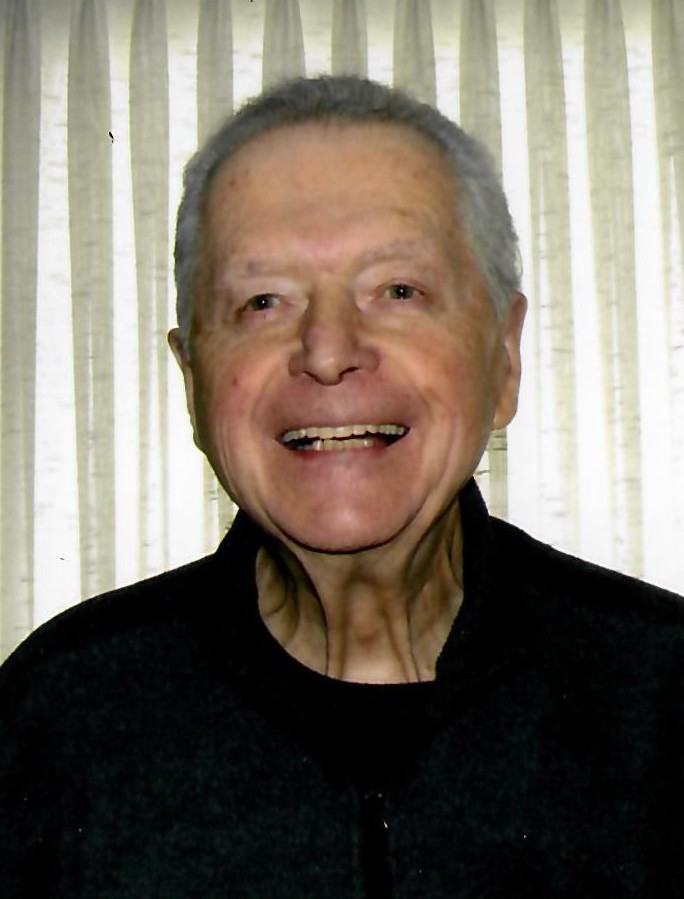 Husband of Audrey; Dad to Ken (Maria) and Nadine (Don); Grandpa to Kailyn, Hannah, Madelyn, Isaac, and Julien; Brother to Edna; Uncle to Charlene (John) and Kyle (Pati). Passed away after a short stay at Grace Hospital on February 5, 2020. Predeceased by his parents Bernhard & Adela Korman; in-laws William & Florence (Ciss) Falls and Norma Falls; and brother-in-law Harry Ripley. Dick was born in Winnipeg on October 16, 1935, attended Gordon Bell High School, started his career at CP Rail, and then moved to TransCanada Airlines (Air Canada). He worked at Air Canada for 37 years in the Finance dept, earning his CIM designation at night school. Dick kept busy in his spare time maintaining the family home in Winnipeg and rebuilding the cottage at Victoria Beach. There, he enjoyed time at the lake when the kids were young, playing cards with family and friends, fishing off the pier, and golfing. He was involved with our minor hockey, ringette, and soccer teams. After retirement, Dick kept in touch with his ‘work buddies’ through lunches, rounds of golf, curling, and the usual annual fishing trip in the spring. He became more active in his church and spent time with his grandchildren. The family would like to thank the many people who assisted Dick during the past year. There were some long hospital visits at St. Boniface, Concordia, and Grace Hospitals; HomeCare visits in between; and lately daily trips to Access Transcona (conveniently close to Costco and the Casino!). Navigating the healthcare system in your 80s can be a daunting task, but it was made easier by the volunteers, aides, nurses, and doctors that were there for him along the way. Thank you. As per Dick’s wishes, there will be no service. Private Interment will take place at a later date. In lieu of flowers, please consider making a donation in his memory to Winnipeg Harvest or a charity of your choice.