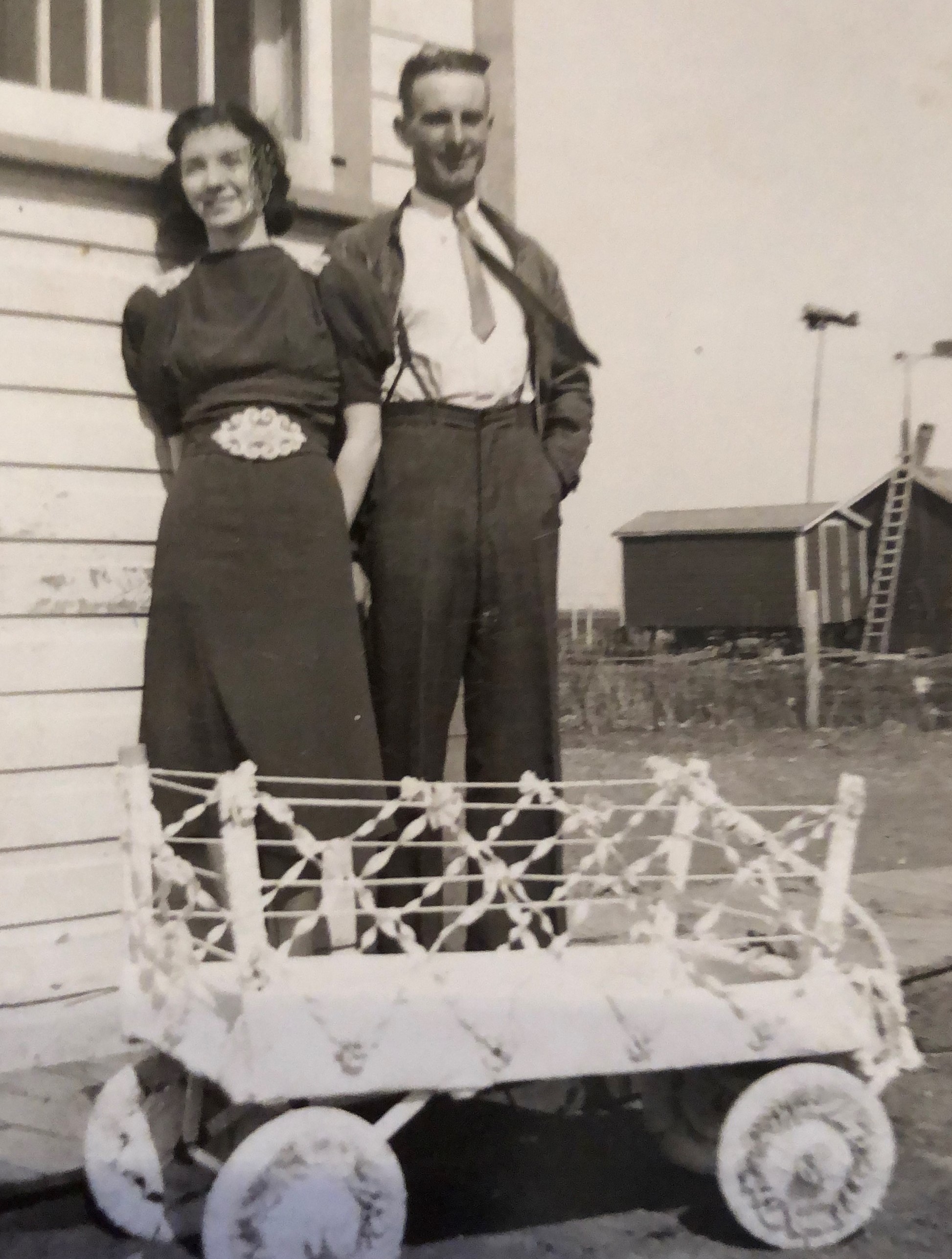 Ester Anna Franzmann {nee LeClair) was born April 19,1917 in a farm house on Sec. 26-6-1W, near Brunkild, MB, and passed away in Winnipeg on April 13, 2020. She was predeceased by her beloved husband of 51 years, Gordon Franzmann; parents Caroline and Alfred LeClair, siblings Eva Reinsch (Oscar), Pearl Harder (Jake) and Oliver LeClair (Doreen). Also predeceasing her were Gordon’s parents Edith and Harry Franzmann of Fannystelle, MB; Gordon’s siblings Constance Franzmann, Madelaine Underwood (Richard), Kenneth Franzmann (Lois), Phyllis Endeman (Carl), Myra Franzmann, Audrey Simonson (Lawrence), Lawrence Franzmann (Grace) and Herbert Franzmann (Calista). Ester is survived by her children Deanne Coombs, Gary Franzmann and Ron Franzmann (Margaret); grandchildren Lara Coombs, Tom Coombs, Michael Coombs (Janelle), Jeffrey Franzmann (Tania), Daniel Franzmann, Sonja Franzmann, Tamara McPhee (Fraser) and Alan Franzmann (Aggie); great-grandchildren Rayna Real (Sheldon), Shawn Sokalski, Aubrey Franzmann, Gabriel Franzmann, Lynden Franzmann, Marek Franzman and Maia Franzmann. She is also survived by sister-in-law Calista Franzmann and many nieces and nephews. Ester grew up on her parents’ farm near Brunkild and married Gordon in 1938. They farmed near Fannystelle, MB, living their lives in the farming community amongst their Franzmann, Underwood, Simonson, LeClair and Fast relatives, and with their many friends and neighbours. Her home and family were her kingdom. She was an excellent cook and spent many hours each fall canning and freezing produce from their garden. Her pies and farm-fresh roast chicken were the best ever and we all well-remember the perfect pumpkin pie she baked at the age of 92. Mom was also an excellent seamstress and sewed all our clothes when we were children. She enjoyed all aspects of farm life, especially taking meals out to Gordon and Ron in the fields during harvest and sitting there in the grain field while they ate their supper. Gordon and Ester left the farm in 1976, retiring to Carman and then to Charleswood in 1984. Gordon passed away in 1989 and Ester remained in their home until she moved to Assiniboine Links in 2009 and then to the Charleswood Care Centre in 2015. The family would like to thank the many caregivers for the endless care and kindness shown Mom while she lived out her remaining years. When Ester and Gordon left the farm in 1976 she was delighted that farming continued in the family. First, when son Ron took over their farm, then recently by granddaughter Tamara and Fraser near Dauphin, MB, and then just last year by great-granddaughter Rayna and Sheldon near Redvers, SK. She happily listened to their farm stories and while she enjoyed discussing old and new methods, she never seemed convinced new was better. Farming was the life Ester knew and the only one she cared to live. Rest in peace Ester Anna Franzmann, wife, mother, grandmother, great-grandmother, farm wife and country woman. Ester will rest beside her husband Gordon in the Elm Creek Cemetery where many of her relatives and neighbours rest, where the combines roll by in the fields a few feet away during harvest and where country life goes on in the Canadian prairie. We all love you! In accordance with Ester's wishes, cremation has taken place and a private memorial service will take place at a later date. Flowers are gratefully declined.