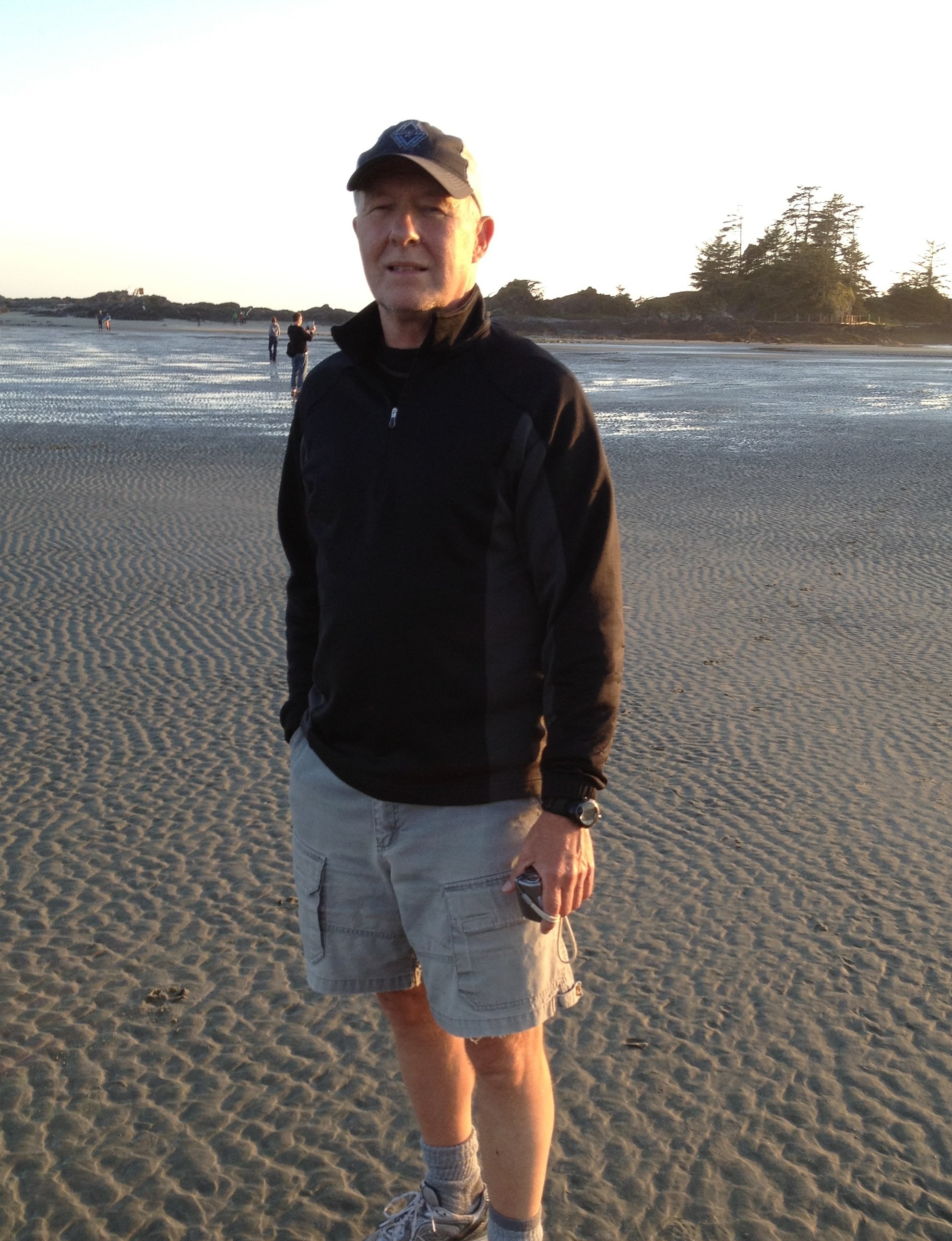 It is with heavy hearts that we announce the passing of our father, grandfather, husband, son, brother, uncle, teammate and friend, David Clemenger Kerr (1949-2020). Dave is predeceased by his mother Geraldine Bay; his brother Allan Kerr; Stanley Yates; and his son Andrew David Kerr. Dave is survived by his sons Geoffrey (Laura); James (Caitlin); and grandchildren David and Emily; his wife Lori Schroen; her daughter Alexis McLean; and Lori’s grandsons Harlan and Tucker. Dave will be missed by Charron (Patrick) and the entire Hamilton family as well as the Schroen family and his ‘gang’ of life-long friends as well as the many others whose friendships he cultivated through his life. Dave was born in Edmonton but spent his early childhood in Vancouver, a place for which he always kept an affinity. His family eventually settled in Winnipeg. Dave graduated from Windsor Park Collegiate before completing a Bachelor of Arts in History from the University of Winnipeg and starting a family. An accomplished athlete, Dave wrote stories for the sports page at the Winnipeg Tribune before settling into a career with Sport Manitoba as the Director of the Manitoba Soccer Association. Dave was a tireless promoter of football (soccer) in Canada. Dave had deep ties to Manitoba’s soccer community and his career impacted several generations of players and coaches in the Province. In retirement, Dave continued his decades-long pilgrimage to the Winnipeg Folk Festival and spent many warm evenings on the shores of Lake Winnipeg and Falcon Lake. He also continued with several volunteer endeavors including his many years working with the Manitoba Marathon of which he was also an avid participant. Dave was also a life-long learner who deeply valued the arts and literature which was exhibited by his patronage of Winnipeg’s theater companies and his voracious reading habit. Though meeting later in life, Dave and his partner Lori cultivated a relationship full of joy and wonder, lasting many years. She has been a steadfast companion and caregiver through the transitions in Dave’s life for which he would also want her to be celebrated. Our family also wishes to extend our gratitude to the staff at the unit D3 at Health Sciences Centre and to Dr. Brian Sharkey, who has provided Dave with exemplary care for decades. Dave’s selflessness, veraciousness, intelligence, humour, compassion, athleticism, and sweet-tooth will be profoundly missed by all those whom his life has touched. A celebration of Dave’s life will be planned when travel quarantine restrictions are relaxed…what a world. In lieu of flowers, please make a donation in Dave’s name to the Children’s Hospital Foundation of Manitoba https://goodbear.ca/.