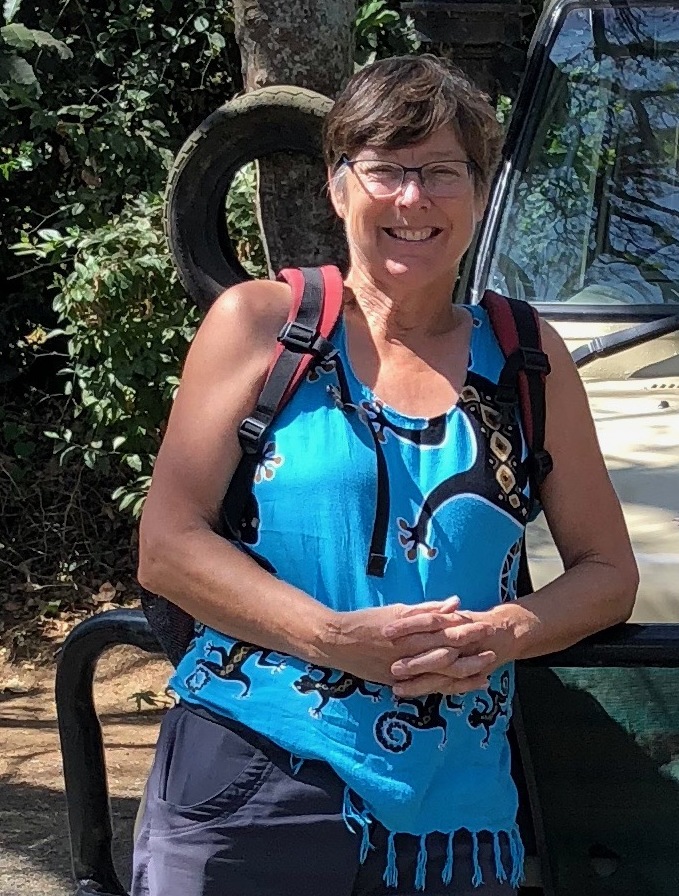 Peacefully, with her beloved wife by her side, Lynn Scott passed away at home on June 8, 2020 at the age of 60 years. Besides her wife Liz Hanes, Lynn leaves behind her parents Tom and Elaine Scott; brother Glen; sisters Karen McLaughlin (Brett) and Joanne (Mark Hayes); stepson Christopher Hanes; as well as her much loved nieces and nephews: Leigh, Derek, Kaitlyn, Robbie, Cameron and Lauren. Lynn was born in Winnipeg on November 3, 1959 and grew up in the Windsor Park area. A compassionate and caring person, her path naturally lead to studying nursing at the University of Manitoba. Her studies were interrupted however after her second year, by her insatiable appetite for adventure. A new quest was calling her name. Taking a leave from her studies, Lynn went sailing. Never shy to turn away from an opportunity of a lifetime, Lynn joined a re-enactment of the famed First Fleet Voyage, working on a tall ship. When her far seas voyage came to an end, Lynn returned and swiftly completed her nursing degree. Lynn would go on to spend her entire career working at the St. Boniface Hospital, on various units, but ultimately retiring from the ICM five years ago. Lynn had a vibrant personality and made friends easily. People were automatically attracted to her boisterous laugh and sense of humour. For her part, she was always there for them to lend a hand or a shoulder as the situation called for. As a result, her friends were a fiercely loyal and protective group. She was also very close with her family and thoroughly enjoyed times when the whole family was able to get together for a meal or special occasion. They would tell stories and play games. Get togethers were always clamorous events filled with much laughter. In 2001, Lynn met her wife to be. After almost two decades of being partners, Lynn wanted to make it official. While recovering from surgery, a jovial, but somewhat aphasic Lynn declared to Liz, “Hey you know what? We need to get married!”. And on May 19, 2018, it was a done deal. A beautiful honeymoon in Tanzania, Africa would follow their local bike-themed wedding. Bicycles were a major theme of her post-retirement life. She was a tireless volunteer of The WRENCH, a program that enriches the lives of others by redistributing unused and unclaimed bicycles. Lynn was an avid volunteer, not just at The WRENCH, she found opportunities to give back everywhere she went. She attended the YMCA Camp Stephen’s as a youth and later returned to volunteer as a camp counsellor. After taking some woodworking classes at the Bronx Community Centre, she would go on to volunteer there as well. It is no surprise that she received the Premiere’s Volunteer Service award in April 2019. The aforementioned aphasia was an unfortunate side effect from her diagnosis of glioblastoma. The family thanks the entire staff of the MAiD Program. The kindness and sensitivity exhibited by the nurses, doctors, the counsellor and speech pathologist were much appreciated. You allowed her to regain some of the choice and control in life that was taken away by her diagnosis in allowing her to decide how she transitioned into death. In accordance with her wishes, cremation has taken place and a celebration of Lynn’s life will take place at a later date, when Covid 19 restrictions on large group gatherings has been eased. In lieu of flowers, please consider a donation in Lynn’s memory to The WRENCH (thewrench.ca) or to the YMCA-YWCA of Winnipeg Camp Stephens.