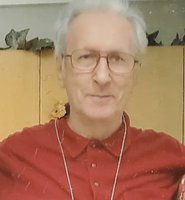 The family of Reginald G. Johnston are sad to announce his passing on September 7, 2020 following his loss of a battle with cancer. Reg was born on June 1, 1940 in Bristol, Prince Edward Island to Anne and Jack Johnston. He was an educator who was passionate about everyone being afforded the opportunity to be educated. Former students have continued to stay in touch with Dad for years after they were no longer in school. Reg's son Kevin; daughter Lynn; grandchildren Joshua (Courtney), Avery, Sarah-Rose (Ian); and his great-grandchildren Sophie, Reid and Isla, all of London, will miss him. His sister Shirley (Brad) Johnson (Red Lake); nieces Cindy (Gary) Charlton (Winnipeg) and Jackie (Doug) Pliska (Brandon) meant a lot to him, he spoke with pride and love of you all. Reg was predeceased by his parents; his wonderful brother Jack; fun-loving sister in law Peggy, and his beloved daughter in law Debbie who passed away earlier this year. We are grateful to the Winnipeg Health Sciences Centre Palliative Team for their care of our Dad and especially for the amazing coordinated effort to get Dad home, where he wanted to be. Peter, your kindness and friendship mean the world to Dad and us and we thank you for everything you have done. Cindy, for your generosity of your time and for giving so much of it to Dad over the past years and especially the last 2 months, we thank you and love you. The difficulties associated with us not being able to be with Dad during this time was made easier for us because of you both. Cremation was Dad's wish and that has been taken tender care of by Alterna Cremation. “Say not in grief ‘he is no more’ but in thankfulness that he was.”