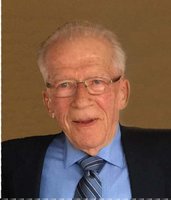 Karen Brown is sad to announce the passing of Winston Edward Elmhurst on September 7, 2020. Winston and Karen were together in a common-law relationship since 2005. Karen got together with Winston because she found him to be the most caring, responsible, family-oriented person who never complained. Winston's father Bob (Robert) Elmhurst and his mother Doreen Hinds had seven children of which Winston was the fifth. Winston is survived by his sister Reva; his four children Reva, Joan, Lisa and Jonathan; his grandchildren Ryley, Ricardo, Sorsha, Marcelo, Kevin, Lilia, Patrick and Mason. Winston was predeceased by five siblings Jean, Bill, Pat, Dodie, and Wendell.