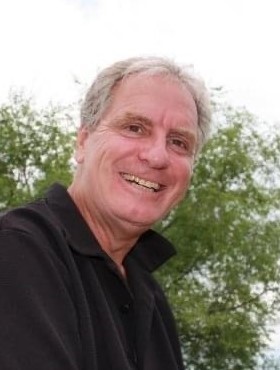 After a courageous battle with cancer, and with family by his side, Keith passed away peacefully on September 24th, 2020. Keith Peter Tataryn, was born into this world on September 11th, 1950, in Flin Flon MB. Growing up in Snow Lake, MB, he developed a love of hockey not unlike many Canadian youths, which would continue through his adult years. Fishing and camping went hand in hand during the summer months in the North. Moving to Winnipeg brought new opportunities for Keith, and a higher education as well. After graduation at U of M, he started his teaching career and was married soon afterwards to Linda Campbell. The years following brought him two sons and a move to Miniota where they stayed for the 80's and a move North to Birtle had him settled there for the 90's and married again, bringing two step daughters into his life. Living in Birtle, he was a strength in the community. Coaching hockey, playing as an Old Pucker, and often greeting students by affectionately whomping them on the back with a rolled up newspaper on Main street. Having a celebrated career culminate in the mid 2000's, he chose not to end there and stick close to home, but to take the plunge and begin a new life, and a new chapter, as a new man. Moving to China would change Mr. T forever. "Where's your Dad these days?" Take your pick; Thailand, Vietnam, New Zealand, Cambodia, Phuket, Australia, and China were among his favorite places to adventure, with Badminton, cycling and scooter trips after work keeping him busy day to day. Frequenting these places was best discussed over a Labatts Light and Clamato as far as he was concerned. Pictures and stories became front and center for his visits back to Canada, and summers off brought him back often, and the best was yet to come, with Chris teaching at the same school for the remaining final years of his extended career. Not bad for a kid from Snow Lake. Keith lives on in stories and memories, told best by his friends and family. He is survived by his sons Chris (Barb) and Kelly; step-daughters Tana Huberdeau (Jamie), and Traci Cluff (Grant); brother Al (Lynn); and sisters Bonnie Brown (George), Pam Hall (Terry), Shannon Huberdeau; and Uncle Gary Kurtz. Keith will also be fondly remembered as an aggressive backyard soccer player and perpetual tormentor by his many nieces and nephews He is predeceased by his parents Peter and Rose; Baba and Gido, brother Jim; sister Linda Kurtz; brother-in-law Claude Huberdeau, and by extension, Willard and Dorothy Campbell. Due to the current restrictions during the Covid-19 pandemic, there will be no service at this time. A celebration of life will take place next summer.