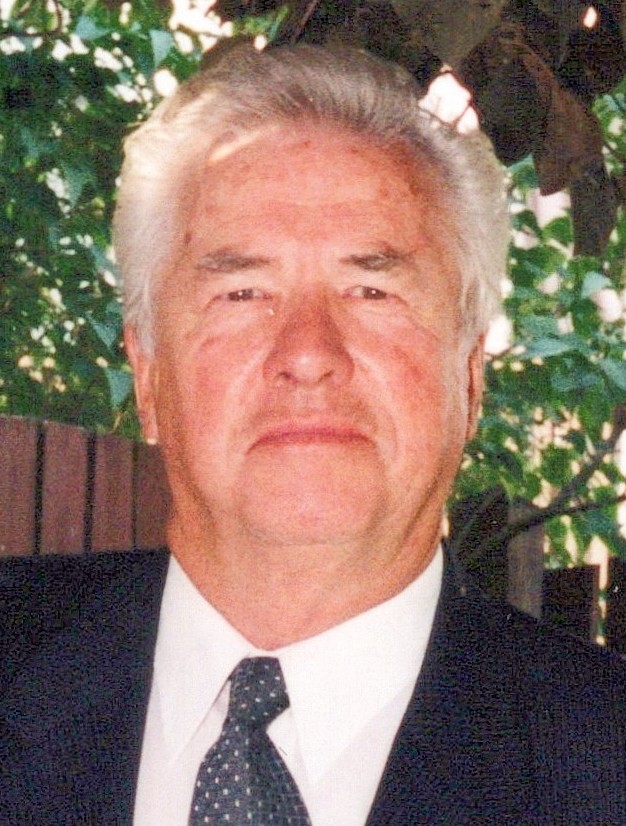 It is with great sadness we said farewell to our dearest Rollie, March 18, 2021 surrounded by the love of his family at St. Boniface Hospital. Dad’s greatest achievement in life was marrying his true love Evelyn. They’ve shared an amazing life of love, laughter and respect over 69 years. Rollie’s love and life lessons will live on with his children Susan (Allan) Garvey, Murray (Debbie), Howie and Janet (Harvey) McCammon; grandchildren David (Tanya) Garvey, Mark (Alyssa) Garvey, Bruce Garvey, Angela (Chris) Stelmack, Aaron, Andrew (Candice), Kari, Alex, John McCammon; and great grandchildren, Juliana, Grace, Envy, Joshua, Thomas, Benjamin, Adalyn and Landon. Rollie was born in Ardill, Saskatchewan, to Harry and Blanche, youngest of five fun loving, caring and kind boys. This provided a foundation for how he lived his life, valuing family and friends, being generous and kind. The family moved to Moose Jaw at the time Rollie started Central Collegiate. He always talked so fondly of his time in the big city! where he first met his lifelong best friend Del Fisher. Rollie spent his working years in food sales; he worked for Campbell Soup Company in Moose Jaw, and in 1959 they transferred the family to Winnipeg. Eventually, Rollie moved into the marketing business and established Binner Marketing and Sales. He earned the respect and friendship of so many during his career. When they first arrived in Winnipeg, Rollie and Ev bought a house on Government Ave. in Morse Place. It proved to be a terrific place to raise a family and make wonderful friends, both young and old. The next home was on Menno Bay in Valley Gardens. More great friends and numerous block parties! Then on to Bonner Avenue for 36 years. Rollie and Ev loved their home and hosted countless special occasions in proximity to their own Bunn’s Creek Park. In 2019 Rollie and Ev found their new apartment home where he had a cozy room and comfy chair overlooking the Red River and the park. He loved watching wildlife and soaking up the sun from his new perch. Ev and Rollie’s ballroom dancing lessons were also the beginning of countless lifelong friendships. They enjoyed many beautiful vacations, often with friends or family. Hawaii, Florida, Greece and Europe were some highlights. Rollie was a huge sports enthusiast - Jets and Bombers fan, golfer and sideline referee at most of the games played by his children and grandchildren at the rink or on the field. Thinking of Rollie can only make you smile, or more likely laugh out loud! He loved people and laughing with everyone. Telling jokes and hearing them was his great joy. He embraced life and lived it to the max! He will be forever remembered and missed. A virtual celebration of Rollie’s rich life took place on Sunday, March 28th, 2021 at 3:00 PM. Should you choose, donations in Rollie’s name may be made to either the Winnipeg Ostomy Association or CancerCare Manitoba.