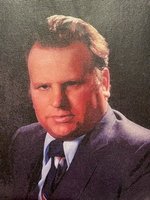 It is with great sadness that we announce that after a lengthy illness, Arthur Mills passed away at the Grace Hospital in Winnipeg on May 11, 2021 at the age of 79 years. Arthur is survived by his sister Lena; brothers Gérard, Gerald, Pierre, Normand and Edmond; any many nieces, nephews and cousins. He will also be fondly remembered by close friends Derek and Penny-Ann Teron and Wanda Jones. Arthur was predeceased in life by his parents Amanda and Antoine; sister Bertha; and two siblings in infancy. Art was born in St. Anselme, New Brunswick on October 14, 1941. He worked throughout Canada, primarily as a vehicle technician before finally settling in Winnipeg where he worked for the Federal Government. As a younger man, Art had a passion for martial arts, obtaining his black belt in Tae Kwon Do. He would later become a martial arts instructor. Art was also an avid golfer and loved playing baseball. When Art’s health deteriorated and he could no longer play, he remained actively interested in sports and took great joy in watching golf, baseball, hockey and football. He also loved old movies, particularly in his final years, and was a keen Western fan. Despite his gruff exterior, affectionally known as “cranky pants” among other names, Art truly had a heart of gold. He was a foster parent for some time, as well as a Big Brother. He was a supporter of Big Brothers Big Sisters of Winnipeg. He also displayed a true love and fondness for animals. In accordance with Art’s wishes, cremation has taken place and no formal service will be held. For those who do desire, please consider a donation in Art’s memory to Big Brothers Big Sisters of Winnipeg, 532 Ellice Avenue, Winnipeg, Manitoba, R3B 1Z2.