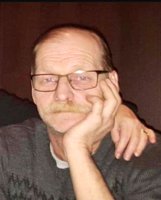 It is with deep sadness that we announce the recent passing of Ken at his home in Winnipeg, surrounded by his family after a courageous battle with cancer. Ken is survived by his loving wife of 37 years Sandy; his sons Cory, Jeffery (Lisa) and Kevin; mother, Mary; sisters, Sharon (Vern) Kebernik and Brenda (Bruce) Rapinchuk; grandchildren Ross, Colin, Dominick, Brandon, Noah, and his little princess Abby; mother-in law Hilda Daly; in-laws Linda Daly, Karen (Danny) Uskalo, Janet (Gary) Deans, Tom (Michelle) Daly, Brenda (Alfred) Chan, Heather (Tod) Fustey, Shelley (Sean) Daly, Sharon (Billy) Hallet; as well as numerous nieces, nephews, aunts, uncles and cousins. Predeceased by his father Abram; father-in-law Thomas Daly; sister-in-law Dinah Osachuk; brother-in-law Brian Osachuk; and his grandson Riley Daly. Ken was a devoted son, brother, father, husband, grandfather and uncle. His hardworking nature had him up most days before the sun. Being the first into work was a badge of honour. He cherished his summers at the lake house at Muriel Lake, working on numerous projects over the years with his brother-in-law Vern, under the supervision of Sandy and Sharon, of course. He was a man who “knew how to get things”, and his family was lucky to benefit from his savvy knowhow and his generosity. In his spare time, Ken enjoyed spending time with his grandchildren and his sons, reading books to Abby and undertaking wood working projects in the basement with the boys. Ken also had a life-long passion for reading, which started at an early age and resulted in his patronage of most of Winnipeg bookstores. When he wasn’t working, playing with his grandchildren or helping out his boys, there was an excellent chance that you could find him out on the front porch at the lake house or in the basement with a book in his hand, his music playing and one of his beloved dogs at his feet. Ken cultivated many long and lasting friendships. The support and good humour from his close friends Winston, Lionel, and Uncle Phil, provided a welcome diversion to both Ken and his family over the past year. The family wishes to extend a heartfelt thank-you to Ken’s physicians, Dr. Rathod and Dr. Pauls of CancerCare Manitoba, and his family physician, Dr. Kyle Curtis. As well, they would like to thank his exceptional palliative care and homecare teams, whose care and compassion made an extremely difficult situation more bearable. His teasing insightful sense of humor will be sorely missed by those who appreciated it. To say the least, he did not suffer fools gladly. A celebration of life will take place at a later date. Donations may be made to CancerCare Manitoba Foundation or to the Epilepsy and Seizure Association of Manitoba in his memory.