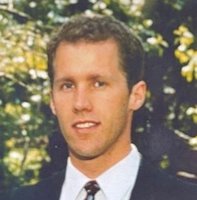 It is with great sadness that we mourn the passing of our son, father, brother and friend, Douglas Ian George Millson. Doug left us suddenly on Monday, July 19, 2021, at his home in Selkirk, Manitoba, he was 54. Left to cherish Doug’s memory is his son Jarett; parents Brenda and Garry Schlag; brother Greg (wife Tanya); sister Leanne (husband Scott); step-sister Anita (husband Rene); step-brother Sheldon (wife Mimi); and half-sister Karen and her daughter Gillian Rae. Doug also leaves behind his niece and nephews Tomika, Cole, Kaden, and Dustin as well as many other family members and friends. He was pre-deceased by his father Donald Millson; as well as half-brothers Gary Millson and Steven Millson. Doug worked for many years in furniture sales with different companies in Toronto and Winnipeg. He decided that selling furniture wasn’t for him any longer and took a position with Winnipeg Transit driving a city bus and was with them for 10 years. Doug was born in Toronto, Ontario on May 27, 1967. Doug lived in many different cities and provinces in is lifetime but Manitoba was his home. Doug loved old cars, music, and sports. He grew up playing hockey and could skate circles around most. He had an extensive collection of hockey cards and memorabilia and would never miss a chance to watch a game. While he enjoyed these things his biggest love was fishing and his fondest memories were fishing with his son at Black Sturgeon Lake in Ontario. Doug will be missed by many. Love you DIGM!