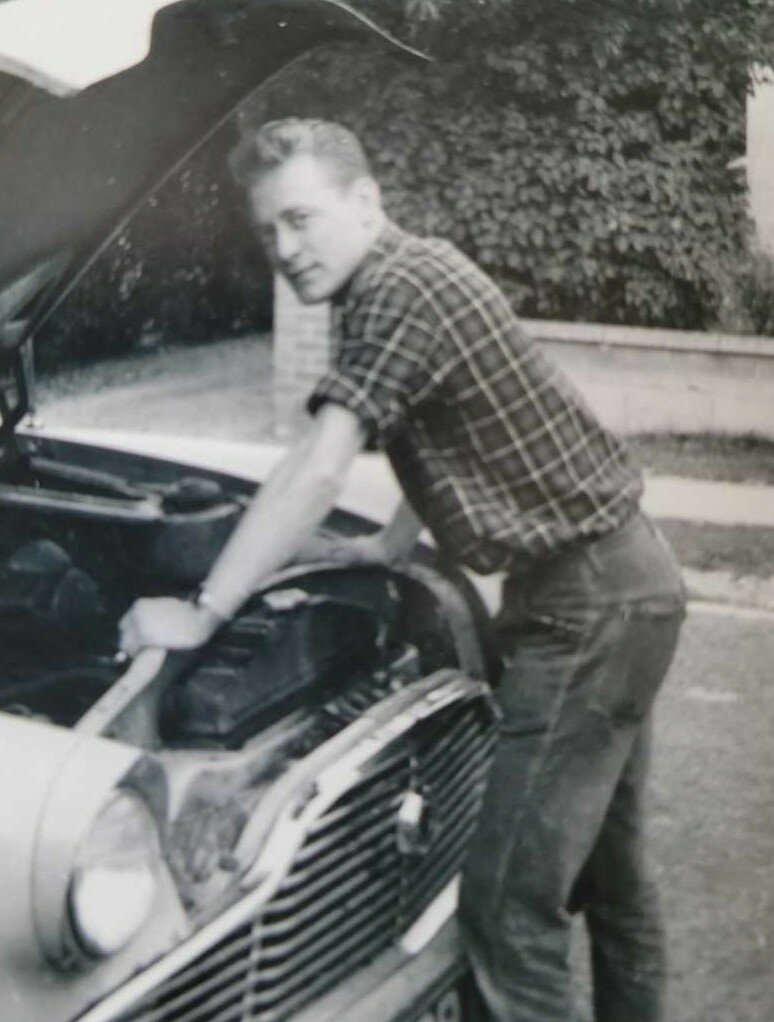 Roger Inness, age 79, of Winnipeg, Manitoba passed away peacefully surrounded by family on August 26, 2021 in the palliative unit at the St. Boniface Hospital, following an unexpected diagnosis of cancer. Roger was born in Kidlington, England to Ethel and Sidney Inness on June 30, 1942. He is the youngest of the siblings and is predeceased by his sister Jean; brother-in-law George; sister-in-law Joan; his niece Jane; and nephew Mike. He is survived by his spouse Wendy Christine Inness (nee Goddard); daughters Sarah (Jill) and Rachel (Steven); grandchildren Ashley, Andrew, Sidney and Emilie; brother Alan (Lynne); nephew Noel (Lori); nieces Cindy (Steve) and Judith (Bob); along with extended family in England and Canada. Roger recounted fond stories of life growing up in England, catching snakes and other animals and exploring the countryside. His love of nature was fostered in his childhood. Predeceased by his father Sidney at a very young age, he had a strong bond with his mother and grandparents, with whom he would go to stay in Woodstock, England. In his younger adult years, he could often be found with his buddies enjoying a pint and playing darts at the pub and getting up to the occasional mischief. He loved adventure and enjoyed travel throughout Europe. He met the love of his life, Wendy Christine Inness in the summer of 1966 while doing electrical work at a blanket factory in Witney where she worked in the office. Before meeting her, he boldly stated to his apprentice, “Do you see that girl? I am going to marry her”. He was known to be right about many things and he was certainly right about that. The two of them dated until they married on September 7th, 1968. Along with their two young daughters Sarah and Rachel, Roger and Wendy emigrated to Canada in 1977 and settled in Winnipeg, where his older brother Alan and his family had also emigrated a few years earlier. Roger was a highly skilled, apprenticed electrician. He worked at Hill, Upton & Co. Ltd. (England) for 20 years. He then worked at the Canadian Pacific Railway in the Winnipeg Diesel shop for 26 years, where he was fondly referred to by his co-workers as the “#1 electrician”, a title they fondly memorialized on his toolbox. After many years of hard work and dedication, Roger retired from CP Rail on February 4, 2004. After his retirement Roger and his brother Alan, also an electrician, were asked by Via Rail to upgrade the braking systems on old locomotives for mountainous use in British Columbia. Family times were spent camping at Westhawk, Falcon, Norris Lake, St. Malo and elsewhere, fishing and canoeing, hiking and enjoying campfires and beach time. Roger and his family enjoyed summer road trips to North and South Dakota and weekend get away trips to Grand Forks for shopping. Winter ice fishing and picnics at Birds Hill Park were frequent family outings. He enjoyed a trip to an all-inclusive resort in the Bahamas in 2015. Fun times were also had during a memorable trip back to England in 2016. Staying in Woodstock was both a convenient and sentimental location to visit family and return to some favourite childhood places, including “gramp’s house”. Roger’s world was deep in his connection to his family. He expressed his love for them by fixing their cars and most everything else that broke. He was the “go to” person when something needed to be done. He enjoyed the simple but meaningful things in life. Family dinners and a good beer. His stories and lectures that groaningly went on and on are now missed and fondly and lovingly remembered. His absence is deeply felt. His impact on our lives continues. We wish him peace and happiness, wherever his spirit takes him. Roger’s family is deeply grateful to the doctors, nurses and staff in the emergency unit of Concordia Hospital and on the 6th and 8th floors of the St. Boniface Hospital for their care and compassion during his brief time in hospital before passing. A small private family celebration of life will take place.