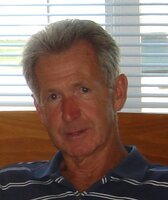 It is with deep regret and sadness we announce the peaceful passing of Allan Wheadon on September 5, 2021 at Actionmarguerite St. Boniface (Winnipeg) after a heroic fight with Alzheimer’s at the age of 74 years. Allan is survived by his 3 sons: Paul (Jan Hunter) of Ellershouse, Nova Scotia, Trevor (Sheri Price), Grandchildren Elara Jean & Wyatt Allan and Kris (Samantha Botelho) all of Winnipeg. Also survived by his Special Aunt Joyce and family; Special Aunt Pat Macumber-Rose and family; plus other aunts, uncles, nieces, nephews and extended family in both Nova Scotia and Manitoba. Also survived by Francy Wheadon. Allan was predeceased by his Mother Grace; Uncles Kenneth and Garnet; aunts, uncles and other extended family members. Allan was born in Hants Co., Windsor, NS on March 6, 1947 to Grace Macumber/Wheadon/Brown. Along with his Mother, he was raised by his Grandparents, Robert and Abbie Macumber and their immediate family in Currys Corner, Nova Scotia. He attended Currys Corner Elementary School and Windsor High School. Allan pursued a successful career in the Automotive Technician field working at numerous auto repair shops and dealerships in Nova Scotia and Winnipeg. Due to health reasons, Allan changed his career path and obtained his 5th Class Power Engineer’s Certificate in 2002 and enjoyed working for the Winnipeg School Division until his retirement in 2009. Allan loved to skate in his youth and was an avid member of the Windsor Royals Bantam Hockey team who won the Annapolis Valley Goodwill trophy in 1961 and later inducted into the Birthplace of Hockey Hall of Fame (Windsor) in 2003. Growing up in Windsor, Allan also enjoyed hunting, fishing, swimming, water skiing, jogging, cycling and going to the camp on Panuke Lake with his Uncles Kenneth and Garnett. He continued with many of these activities in his adult life. He also enjoyed the family picnics every summer at Ocean Beach, Nova Scotia. Allan was immensely proud of his sons, he couldn’t have been a prouder Dad who whole-heartedly supported them in all their endeavours. Allan had an outgoing personality and had numerous friends in Currys Corner, Windsor and Winnipeg. He was always willing to help anyone who asked it of him and stuck to the job until it was completed. His winter getaways to warmer climates were special to Allan, in particular his treks to South Padre Island, Texas to enjoy cycling, walking, swimming in the Gulf and time with dear friends and family. Our heartfelt thanks to the staff at Actionmarguerite, St. Boniface (5AB) for their excellent care and support given to Allan the last three plus years. Allan’s Nova Scotia and Manitoba families are forever grateful to all of you. Cremation has taken place. Allan will be placed in his beloved Windsor, Nova Scotia and in Winnipeg, where he lived for the last 40 years. A private gathering with family and close friends will be held at an appropriate time. In lieu of flowers, please consider donating to the Alzheimer Society of Manitoba, or, the Alzheimer Society of Nova Scotia to aid fellow Canadians and their families suffering with this heartbreaking disease and to help provide research funding. Alterna Cremation in care of arrangements. SOAR FREE WITH THE ANGELS NOW, DAD. YOU’LL FOREVER BE IN OUR HEARTS