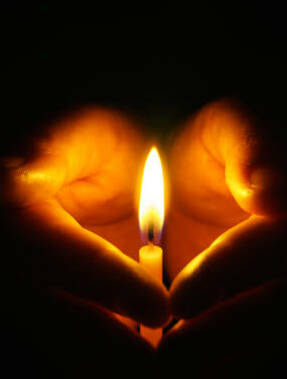 We are devastated to announce the death of our son and grandson Anthony Aaron Scalizzi from Duchenne Muscular Dystrophy at the age of 26. Left to mourn his passing are his parents David and Diana (nee Rankine); his Grandma Rose Marie Rankine; his Uncle Brian (Patti) Rankine, Uncle Duane (Cheryl) Scalizzi, Aunt Teresa (Craig) Scalizzi-Johnson, Aunt Angela Scalizzi; and numerous cousins. In particular,Travis, who spent many Christmas Eves with Anthony in the kitchen talking and laughing. Anthony loved the time he spent with Travis and always looked forward to seeing him again. He was predeceased by his Grandma and Grandpa Adeline and Gabriel Scalizzi in 1989 and 2012, respectively; his Uncle Danny Scalizzi in 2021; and his beloved Grandpa Neil Rankine in 2014. Anthony was a funny and intelligent child who grew into a man of character, high moral standards and considerable wit. He saw the humour in every situation and kept his family in fits of laughter with his impersonations and observations of the world around him. He was a stubborn individual who did things his way without compromise and never missed an opportunity to give his opinion or advice, whether it was asked for or not. Anthony spent countless weekends with his Grandpa and Grandma Rankine in Camp Morton, MB where he was never short of things to do and mischief to get into. The bond they shared was a special one and we are so grateful for the close relationship they had. Anthony's life was short but he packed a lot of living and love into those 26 years and for that we are so very proud of him. He faced many challenges throughout his life but he always found a way to move forward and did so without complaint. He loved God with all his heart and soul and looked forward to the day he would be free of disease and pain and be made whole and strong in God's Kingdom. We take immeasurable comfort in the knowledge that he is safe in the loving arms of Jesus Christ. He will be mourned from this day until the day we are reunited in God's presence. We would like to thank the Doctors and Nurses at HSC Emergency for the kindness and compassion they showed to both Anthony and his parents. They tried everything they could and we are grateful for their efforts. God looked around his garden and found an empty place. He then looked down upon the earth and saw your tired face. He put His arms around you and lifted you to rest. God's garden must be beautiful, He always takes the best. He knew that you were suffering, He knew that you were in pain. He knew that you would never Get well on earth again. He saw the road was getting rough And the hills were hard to climb. So, He closed your weary eyelids And whispered "Peace be thine." It broke our hearts to lose you, but you did not go alone... For part of us went with you the day God called you home.