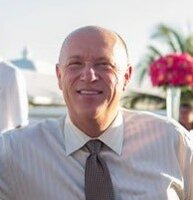 Suddenly, on April 14, 2021, Rick passed away at the young age of 57 years. Left to cherish his memory are his children Hillary Knutson (Mark), Derek and Tara; grandson Jakob Knutson; brothers Leonard (Regena), Randolph (Debbie) and Wayne; sister Carol Anne Schulz (Frank); sister-in-law Sandra Schellenberg; and many nieces and nephews. Rick was predeceased in life by his parents Peter and Anna; and brother Jim Schellenberg. Rick was a business owner, he enjoyed playing his guitar and spending time at the cottage where he could often be found playing cards with his dad and his brothers. A loving, friendly person, Rick’s outgoing personality attracted others to him. Although his life was cut short, Rick lived it to its fullest. He was greatly loved and will be missed by many. The family would like to thank all the staff of the Transitional Living Center for caring for Rick for the last 16 months. Donations can be made in Rick’s memory to the Transitional Living Center or St Boniface Cardiac Research Foundation. Due to current restrictions, cremation has taken place and a private family service will take place at a later date, followed by interment at Assumption cemetery.