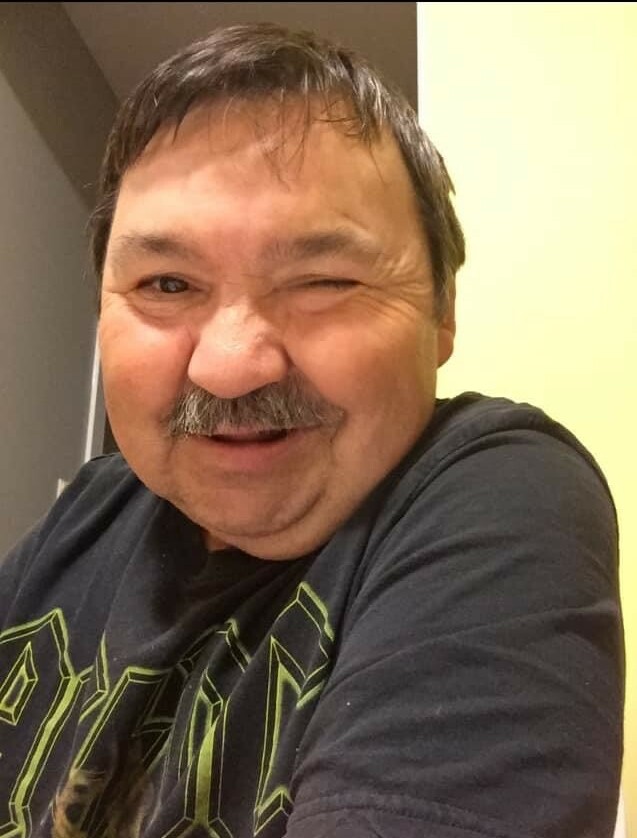 Suddenly and peacefully on January 5, 2022 at age 68, Doug left on his final journey. Left to cherish his memory are his daughter Anita Thomas (Bobby), Terri-Lynn Morrissette (Joe) and son Harold; sisters Lois Kreutzer, Wendy Dregor-Brazil and Donna Emes; his brother and best friend Orville (Marty) his favourite sister-in-law; eleven grandchildren; eighteen great grandchildren; and many nephews and nieces. Doug was predeceased by his wife Susan; his father Clarence; and his mother Rita. Doug was born in Winnipeg and was diagnosed with Rheumatoid Arthritis when he was only two years old. Although he was handed a basket of lemons, he knew how to make lemonade and was a happy guy and could always find the fun in life. He touched many people in his lifetime and to know Dougie is to like Dougie. The time he spent with his grand children Kyle and Alishia were some of his favourite times, he always looked forward to their visits, they always made him a proud papa. After the death of his wife Susan, he and his dogs moved in with his big brother Orville and sister-in-law, Marty and lived with them until the end. Before the pandemic, he would like to go and play the slots and Texas Hold’em at Sir Sam Steele Legion and the Green Brier Inn with his many friends. Doug was a gambling man and betting a quarter with Orville on which door held the big deal on Let’s Make a Deal always made life a little more interesting. A kind man and a true animal lover, he will be greatly missed but he left us with enough happy memories to make us smile whenever we think of him. A celebration of life will be held in early summer outside and will be posted on Facebook. In lieu of flowers, donations can be made in Doug’s name to: Manitoba Arthritis Society, or Manitoba Lung Association.