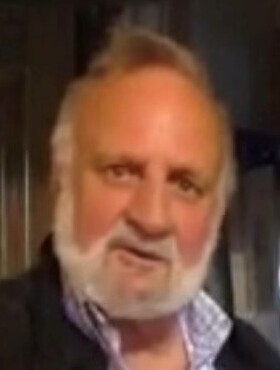 Peacefully, with his loving wife Kathy by his side, Winston Basque passed away at the St. Boniface Hospital on February 19, 2022 at the age of 74. Winston (Wince) was born in Shippegan, NB on December 29, 1947. Since the age of 15, he worked as a long-haul truck driver before retiring at the age of 64. His work would take him across Canada and the United States. Winston moved to Winnipeg, and in 1996 met his wife Kathy at the Kings Hotel where he later proposed to her, and they married in 1999. Winston is survived by his loving wife Kathy, brothers Will (Helen), Joseph (Sharon), Wayne (Becky) and sister Betty Ann; close friends Ericka, Mark and Karla; and many other great friends and neighbours. Winston had a soft spot for animals, he will be greatly missed by his cat Star and the neighbourhood dogs. Winston, was predeceased by his parents, Marie Estelle Basque and Stanley Basque of Miramichi, NB. To say Winston had magnetic personality would be an understatement. If you weren’t sitting on his front deck sharing a drink and a laugh, or just stopping by with your dog for a quick cookie and a chat on your walk, you could hear his boisterous laughter from down the street. Winston enjoyed life, he loved to laugh, and visit. He always had something to say, and always keep those around him entertained. He will be missed by his family, friends and of course by the many four legged friends that made a point of stopping by for their daily cookie. We wish to thank all the staff at the St. Boniface Hospital, especially those who care for him on 5B, for all your compassion and kindness during his time there. A special thank you to Ericka, who was an incredible support during Winston’s last days. A private celebration of Winston’s life will take place at a later date. In lieu of flowers, donations can be sent to D’Arcy’s A.R.C.