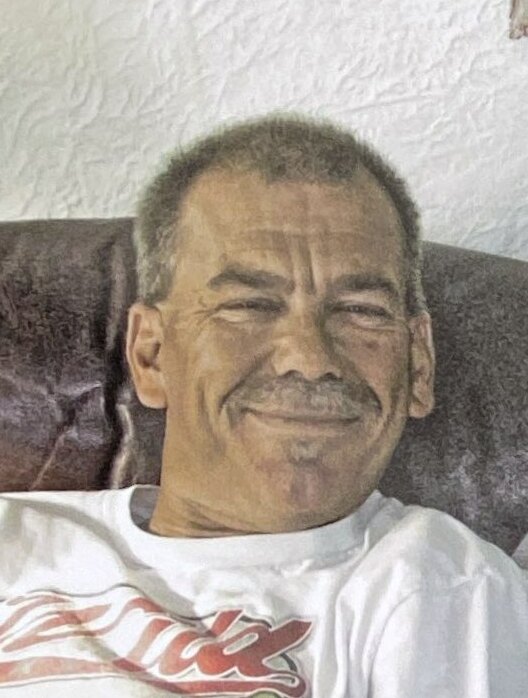 It is with a heavy heart that we announce that on February 11, 2022, Derrick James Kess peacefully passed away at the age of 59 years, at the Health Science Center in Winnipeg. Derrick will be missed by his daughter Ashley (Aaron); sister Donna Leeies (Doug); brother Jeff Kess (Barb); as well as numerous nieces, nephews, extended family and friends. He was predeceased by his father, Theodore Kess and mother, Pauline Kess. One of Derrick’s first jobs was working as a chef in a downtown Winnipeg restaurant. He loved telling the story of accidentally dropping a steak in a mop bucket and still serving the steak to the customer. You knew he was a good chef when the customer complemented and said that was the best steak he ever had. Derrick took his culinary skills and began with VIA rail working as a cook and in the commissary. He later became a courier for FedEx which he thoroughly enjoyed but had to retire due to his increasing health struggles. Even though he was unable to work, Derrick’s passion for cooking never stopped. He enthusiastically taught his daughter Ashley and many friends everything he knew. We would carry out the family tradition of making 15+ dozen perogies every Thanksgiving and Christmas. Some recipes are family secrets. Derrick would always say “Life gives the biggest struggles to the strongest people”. This ultimately proved true for himself in 1993, when he began to lose both his kidneys, rendering him dependent on dialysis for the next 15 years. He received a kidney transplant approximately 11 years ago, giving him the daily freedom, he ultimately wanted. Possessing a true thirst for adventure, his favorite physical activity was bike riding. He would bike roughly 10 to 20 km a day around the city. Derrick was able to capitalize on his ease of mobility by starting his own bike-based business of selling small items such as sunglasses, clothing and his favorite, fireworks. Derrick had a great sense of humor, always liked to get reactions out of people and make them laugh. For everyone that knew Derrick, they knew he was always brutally honest. Derrick was very outgoing, and because of his honesty, people were drawn to telling him their life stories and turning to him for advice. He was always happy to lend an ear and provide advice that would always come from his heart. Music was the key to his soul. His favourite music was reggae and would attend the reggae festival in the Exchange District every summer. He would recommend reggae artists to anyone he spoke with, saying it was the happiest music in the world. He often posted 15+ songs of YouTube a day for his 2,500 Facebook friends. Along with music, Derrick was a huge sports fan. His favorite hockey team was the Montreal Canadiens. He was adamant about never being a Winnipeg Jets fan – always stating how horrible of a team they are. You know how Habs fans are. The true reason he loved the Habs lays in his youth. When Derrick was younger, the Montreal Canadiens showed up to practice where his hockey team was training, giving young Derrick the memory of a lifetime after he found himself to skating with them. It can be understandable then, that ever since, he was a loyal Habs fan. For every health struggle Derrick went through, he would always say “you have to live life to the fullest”. Derrick strived to inspire each person he met, through his life experiences. One way he was able to showcase his strength and courage was through poetry. He won an award for the following poem: Live Life Big I want to live every day to the fullest As I watch the nurse hook me up To the dialysis machine Life seems fleeting But yet I endure under the beating of my disease Life is beautiful and not to be missed To short, to fast, I know I’m not going to last Time not to waste, life meant to live I want to be full and happy I want to enjoy Because you never know When it’s going to be your day By Derrick J. Kess Derrick was truly an inspiration. He will be missed for his unconditional support, love and above all, his ability to make everyone smile and laugh. The Kess family thanks the wonderful staff of ward GH4 at the Health Science Center for the unwavering support, compassion and much needed hugs. Health care workers are modern day heros. A celebration of life will take place in the summer of 2022. Information will be provided at a later date for friends and family members to join.