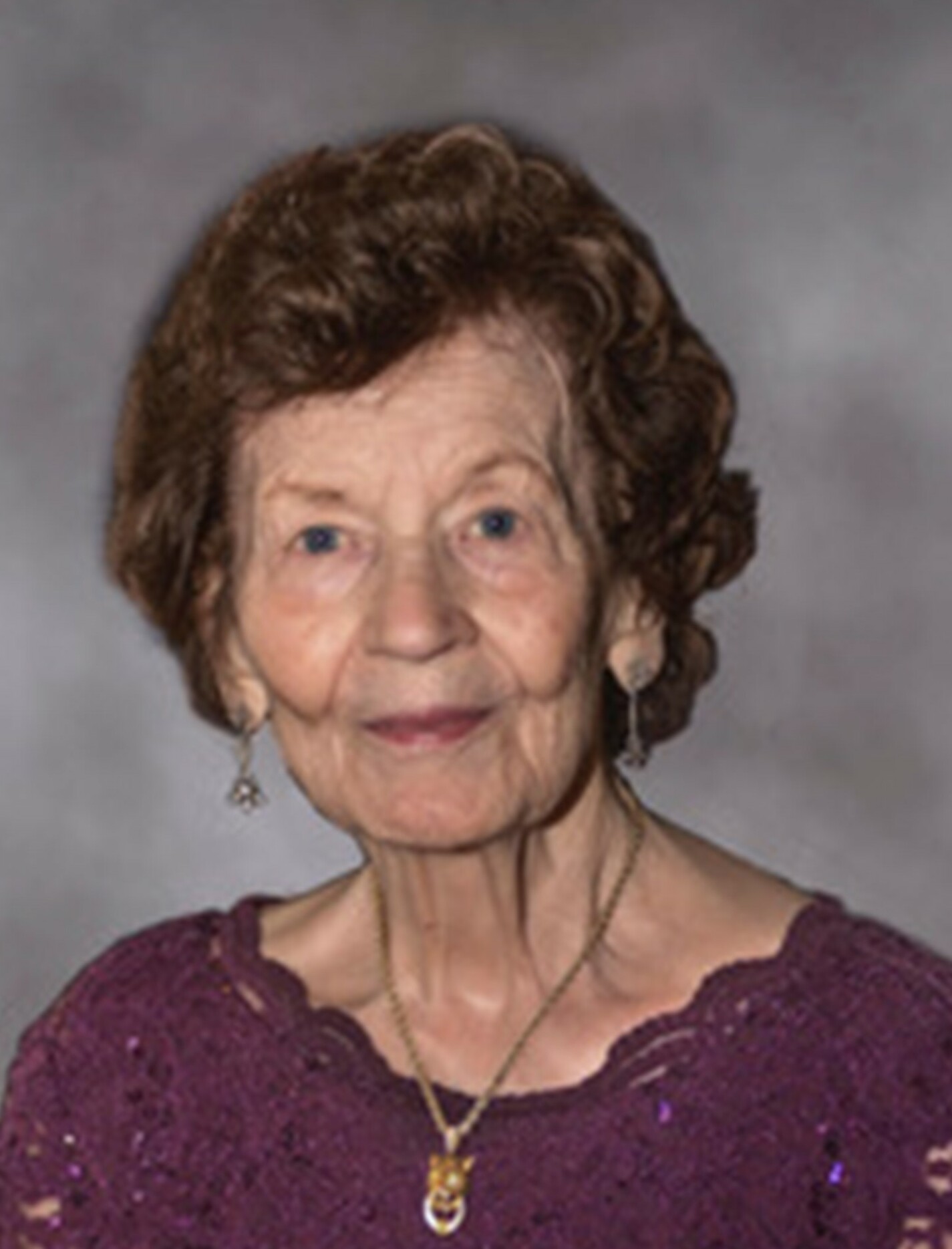 It is with great sadness that we announce the death of our dear mother, grandmother and great-grandmother, Alice Mark, on February 25, 2022. Alice was the daughter of Lewis Edwin Stewart and Emma Wright of Montgomery County, Virginia. In 1913 her father, a brakeman with the CNR, emigrated to Canada with his family. She was very proud of her Virginia roots and kept that connection in her heart throughout the years. Alice was born in Winnipeg on September 25, 1920, and lived here all her life. She was the second youngest in a loving family of eight girls and one boy. Alice lost her mother at an early age, when Emma died in 1927. Her father, subsequently remarried and her stepmother, Gertrude Mahon, lovingly accepted her readymade family. The Stewart siblings were exceptionally loyal to one another and provided each of their own children with a loving extended family of aunts, uncles and cousins who often gravitated back to Winnipeg, celebrating the glorious prairie summers together at 519. Her younger sister Lillian, from the Chicago area, returned to Winnipeg each and every summer for over 50 years. Alice was an honour student and an accomplished athlete during her school years. At the end of the thirties, she met and fell in love with Gordon Edward Mark. They were married in Knox United Church on August 17, 1940. Alice and Gordon raised six children, four boys and two girls. Gordon was the care giver for his ailing parents and invalid brother, Nelson. When Gordon’s parents died Nelson was welcomed into the Mark household where he received love and support until his death in 1970. It was a bustling household. An accomplished seamstress, Alice designed and sewed many of her own clothes. This talent was the start of a successful career as an educator, beginning with her teaching sewing classes at night school. Alice regretted that through stance and circumstance she had been unable to attend university. In 1966, she returned to school and obtained her Grade 12, which was now required in Manitoba. She then went on to receive her teaching certificate followed by a successful 18 year career with the Winnipeg School Division No. 1, mainly as a Resource Teacher. Although still raising a family and teaching full time, she continued her studies and graduated with a Bachelor of Education degree from the University of Manitoba. Her membership in the University Women’s’ Club was a great source of pride to her. Alice was an active member of several service organizations and was very happy to be considered an “honorary” Icelander through her membership in the IODE. She was an active member of School Master’s Wives for many years, a congregant of Knox United Church and a contributor to many community causes. During retirement Alice enjoyed travelling to distant parts of the world with family and friends. She continued a very active social life but family always came first. The most cherished events were the births of grandchildren and great grandchildren. Alice was predeceased by her loving husband, Gordon, in 1984. In addition to her parents, she was also predeceased by her eight siblings: Ethel Sowder; Beatrice Stewart; Gladys Todd; Helen McLeod; Joseph Stewart; Mary Hughson; Margaret Hughson and Lillian Neal; and son-law Charles Hachey. Alice is lovingly remembered by her children and their families. Robert and Jill Mark of Oakville, grandson Robert and Jane of Toronto, great grandchildren James and Graham; Neil and Kerri of Oakville; granddaughter Christina and Matt Healy of Dartmouth, great grandchildren, Natalie, Rachel, and Samantha; Gerald Mark and Fran Wellock of Langley, grandson David and Christine, great grandson, Caleb; granddaughter Wendy Mark of Surrey; Ronald Mark and Lori Miller of Winnipeg, grandchildren Alenna and Grant; Lorne and Patricia Mark of Thunder Bay; Valerie Hachey of Winnipeg, granddaughter Sarah; Susan and Leonard French of Winnipeg, grandchildren Adria, Steven and Charline, Terry and Megan. Our mother was a truly remarkable person. She was intelligent, beautiful and kind, loving and generous. She had the gift of making others feel taller in her presence. Alice always looked on the bright side of life. She saw the good in all she met and leaves a legacy of honour, service and love. The entire Mark family thank all who played a part in her care. We especially thank Dr. Tim Ross and also the doctors and staff of the St. Boniface hospital. Internment of her ashes, and a Celebration of Life, will take place at a later date. If friends so desire a gift to a charity of their choice would be appreciated.