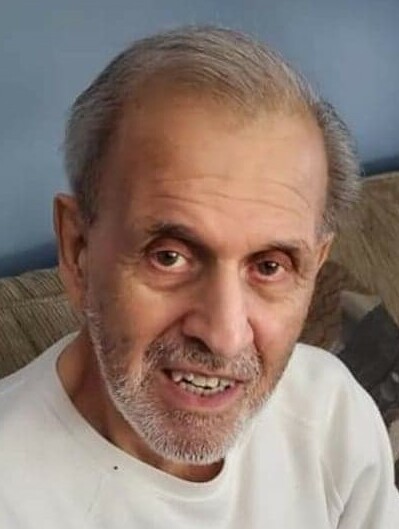 It is with heavy hearts, the family of Gabriel Torchia announce his passing on March 3, 2022. Gabe was born in Winnipeg, Manitoba on November 15,1941. He was born and raised in Transcona, where he resided his whole life. He started working at CN Transcona Yards as a young man and continued until he retired over 30 years later. Gabe had a dry sense of humour who always made his family laugh and could always be seen with a toothpick hanging out of his mouth. His family was everything to him. He left his home to care for his mother for 15 years before her passing. He loved his brothers immensely and his sister-in-law and nieces who were close to him through out his later years. Gabe was a DJ for many years, playing at socials and weddings all over Winnipeg. His record collection was like none other. He will be very much missed and lovingly remembered by his brothers Frank (Helen); sister Angie Spilchuk; sister-in-law Beverly Torchia; nephews Todd (Nadine), Allen Hunnie (Melody), Joe, Dean (Kathy), and Frank; and nieces Charmaine, Dena, and Mandy, and Karen Procyshyn (Mike). Gabe was predeceased by his parents Francisco and Josephine Torchia; sister Rose Romeo; brother-in-law Joe Romeo; brother Joseph; and niece Lana Shand. The reunion in heaven will be nothing short of bliss. Goodbyes are not forever and are not the end. It simply means we will miss you, until we meet again.