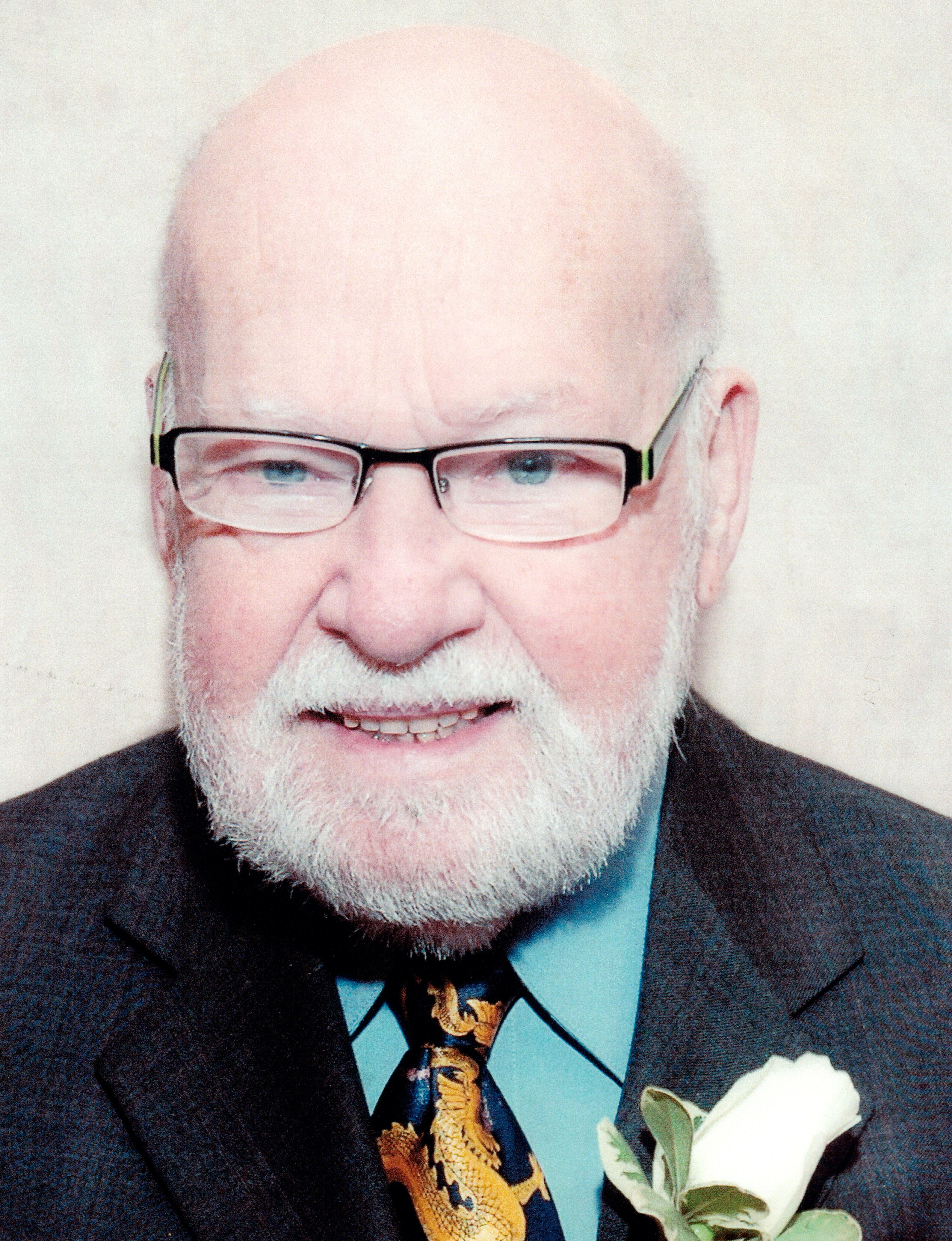 When talking about our father and friend, Tom Graham, there were so many facets to his life that it's impossible to sum it up in any singular way. The phrase, "the one word that best describes him" leads to another and another and another before we can really appreciate who he was. The first word I thought of was "gentleman". Dad embodied that spirit through and through, with his kindness, respect for others, dignity and generosity. As I was growing up, he always emphasized the "gentlemanly" way of doing things – be respectful, courteous and socially aware. That probably came from his role as a Lutheran pastor and what was expected of his "PKs" (preacher's kids), and it was a teaching that I came to live by. In Dad's years at Simkin Centre I would hear from the staff about how pleasant, agreeable and friendly he was and how much they appreciated his amiable demeanor. The second word I thought of for Dad was "scholar". I can so easily picture him in his study at home surrounded by volumes of heavy bound books and yellow legal pads of sermons. He read the classics of literature as well as murder mysteries, enjoying them all for what they contained. He spent many years studying and writing his MA and PhD, then spent many more years delving into his ancestors and tracing their genealogy back to the 1600s. He was justifiably proud of his accomplishments and publications but kept his pride within and he was certainly the most intelligent and learned person I have ever known. Dad was a dedicated teacher and spent over 30 years as a professor in the Department of Religious Studies at the University of Winnipeg. In his first years at U of W, he made many friends of the faculty and also became close with his students, some of whom became family friends. Dad took great delight in designing courses for a variety of topics; he made studies of the Lord of the Rings and Harry Potter books for his religion students and later, for the seniors' program, Creative Retirement, he devised a course on Gilbert and Sullivan operettas. He fearlessly taught computer basics at Creative Retirement as well, even though he was still learning himself. He once proclaimed there was nothing he couldn't build a course for and he was probably right. His well was that deep! Still, despite his knowledge, Dad was more often a listener than contributor in family discussions. He would sit, exuding wisdom, while the rest of us prattled on and would usually only weigh in if asked for his point of view. Dad was also a preacher, which I think of as an extension of his being a teacher (or maybe the other way around). In reading some of his old sermons from Unity Chapel, I was struck by the conversational tone and rather informal presentation of his writing. But it was deceptive: beneath his easygoing approach were some deep thoughts that made his listeners think. From what I've gleaned from family stories, Dad was intent on being a preacher from the beginning and came to be inspired by his great-uncle, Jenkin Lloyd Jones, who was one of the premier preachers in the U.S. Midwest during the 1890s. I imagine that for Dad there wasn't a lot of difference between being a teacher and a preacher; it's easy to envision him using his classroom at U of W as he would a pulpit and I felt that what he saw in church was a congregation of students. He revelled in his preaching and he crafted his sermons as diligently as any speech writer. I believe his own one-word description would be "preacher". Family was an important part of Dad's life too; not only the five of us in Winnipeg (plus wives, husbands and grandchildren), but his many aunts, uncles and cousins from Nebraska and Wisconsin. The focal point of this family was in Spring Green, Wisconsin, where the Lloyd Jones family settled after emigrating from Wales in the mid-1800s. They farmed and built a life within the Liberal Christian Society, eventually dedicating their own Unity Chapel as a place of worship. The chapel still stands in the Lloyd Jones family cemetery, which is where Dad and Mom will be laid to rest. Unity Chapel Inc. is now overseen by a board of directors from the many Lloyd Jones family lines and Dad was the representative for his – the Thomas Lloyd Jones line. Every summer for 15 years or so, Dad and Mom would trek to Spring Green for a weekend of meetings, combined with studies in Chicago and visits with American family and friends. Every 5 years or so the Lloyd Joneses would have a big reunion weekend that was attended by cousins from all across the continent and we all made the trip at least once to be a part of it. For Dad, it was almost like a pilgrimage, and he was very proud of his Welsh heritage and the Lloyd Jones family connection. Dad was an exceptional cook and the kitchen became his domain for 30-some years. Many of his recipes have been passed down to his children, and now his grandchildren are whipping up these family favourites – except for the millet stew. That one was a dud. But beyond his culinary skills, there was the even more important lesson that the kitchen can be a man's place. He was way ahead of his time in showing how men can contribute by doing household chores too. And now, some quick thoughts about Dad: he was a camper and a traveller; a music lover and supporter of the arts; he was witty and humourous; he was a Lutheran/Buddhist/Unitarian/Anglican, separately and all at once. He was a gentleman-scholar: a deep-thinking-scotch-drinking, teaching-preaching, family-centred, cooking-cleaning, mild-mannered and modest husband, father, grandad and friend. There is only one word left to describe him: "missed". Truly and deeply missed.