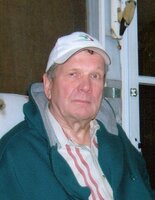 It is with heavy hearts that we announce the passing of Cordell ‘Cookie’ Bestland. Cookie is survived by his wife of 62 years Beverley, children Tim, Naomi (Brian), Matt (Anita), Adrienne (Michael), grandchildren Hannah (Derek), Everett, Abby, Colton (Erika), Landon (Nikki), Rebecca (Mike), and Olivia. Dad will be missed by his siblings Corliss Rosenberg (Jerry), Faye, Beverly Bossuyt (John), Raymond, Myrna Thompson (Murray), David (Cindy), and Mark (Amie), and numerous nieces, nephews and other extended family and friends. Dad was predeceased by his parents Elmer and Martha, brothers Sinclair, Milo and Harlan, sisters-in-law Bernice Grabowski, Sharon Bestland, and brothers-in-law Ron Ayre and Tom Grabowski. Dad was born in Carman on August 5, 1939 and grew up in a large family in Brunkild, Manitoba. Dad spent many years farming in Brunkild alongside his father and brothers, and also spending several summers custom harvesting in the United States starting in Oklahoma and working their way north to the Dakotas. In 1989 Dad and Mom decided it was time for city life and moved into Winnipeg. While this was a bit of an adjustment for them they settled right in, with enjoying summers at the Netley Resort Campground in Petersfield where they made many life long friends. Throughout the years Dad suffered a few health setbacks but that never got him down, he always kept a positive attitude, and when asked how he was would always say ‘it could be a heck of a lot worse’. That great attitude, and Mom’s TLC is what helped Dad live a good 82 years. In addition to his great attitude, Dad was always very thankful and grateful for the help and care he received following it up with an ‘I thank you’. Anyone that knew Dad would agree that he had a love for sweets, he always had room for that slice of pie or whatever happened to be served. While living on the farm he would ask one of his kids to go out to the old Ford truck in the shed and get me the O’Henry bar from the glove box. We tried to find his secret hiding places but he was always one step ahead of us. The family would like to thank Dr. Torbiak and Dr. Hargrove, as well as the nurses and staff of the Deer Lodge Hospital, Lodge 2 East for their excellent care and compassion. A private celebration of life will be held at a later date. Memorial donations may be made to the Deer Lodge Foundation at www.deerlodgecentrefoundation.com