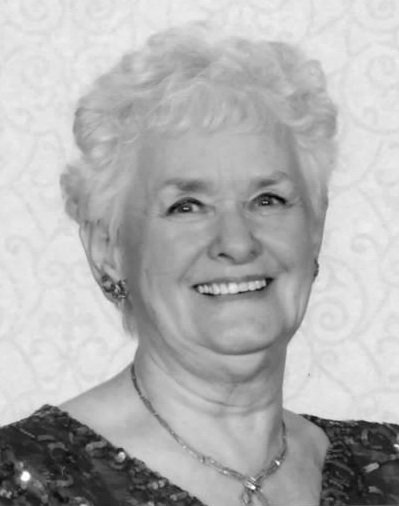 Please share a memory of Bernice to include in a keepsake book for family and friends.
View Tribute Book

Bernice Ruth Blakeman (nee Linney) led a full and active life right up to her passing on July 16, 2019.

Her career started in the office and ended in the classroom.  While working at Wawanesa Insurance, Bernice received her Bachelor of Pedagogy degree at 42 years of age.  She then began her teaching career in Winnipeg’s School Division #1 at Champlain, Ashland, Lansdowne, John M. King, William Whyte, Prince Charles, Norquay, and Wellington schools.

A gifted singer, Bernice acquired her ARCT Degree in Performance and Singing (Toronto Conservatory). She shared her voice with Manitoba Opera, the Philharmonic Choir, James Duncan Singers, Oriana Singers, Seniors Chorale Society, and was soloist at a number of churches.  Bernice also entertained at the Hollow Mug, Rainbow Stage, and on CBC Radio and Television. She taught singing and, for those who couldn’t sing, Bernice taught driver training part time with the CAA Manitoba Motor League.

An avid traveller, Bernice visited Alaska, Austria, Switzerland, Germany, France, England, Scotland, Ireland, Japan, the Caribbean, many parts of the USA and coast to coast in Canada. It was in Calgary that she met her husband Godfrey with whom she shared almost 25 years of marriage before his passing in 2011. They lived at her Lakeshore Heights cottage where she taught ceramics for several years before moving back to Winnipeg.

Bernice joined the Jubilee Chapter #27, Order of Eastern Star in 1976, and was also a member of Pine Falls #56, Selkirk #35, Jephthah #22, and Queen Winnipeg #1. Over the years, she was Worthy Matron, Grand Trustee, Worthy Grand Matron, and Grand Representative of Wyoming and Arkansas.  Bernice was also a Past President of the Khartum Shrine Ladies Auxiliary.

Special thanks to friends and family (including all siblings and in-laws - deceased and alive), who provided support and assistance during Bernice’s life.

A memorial service will be held at the Masonic Memorial Centre (Osborne and Corydon) on Tuesday, October 22, 2019, at 2:00 p.m.

“I hope I left my mark by helping others, doing good deeds, and being of some good to family and society.”

Share Your Memory of
Bernice
Upload Your Memory View All Memories
Be the first to upload a memory!
Share A Memory