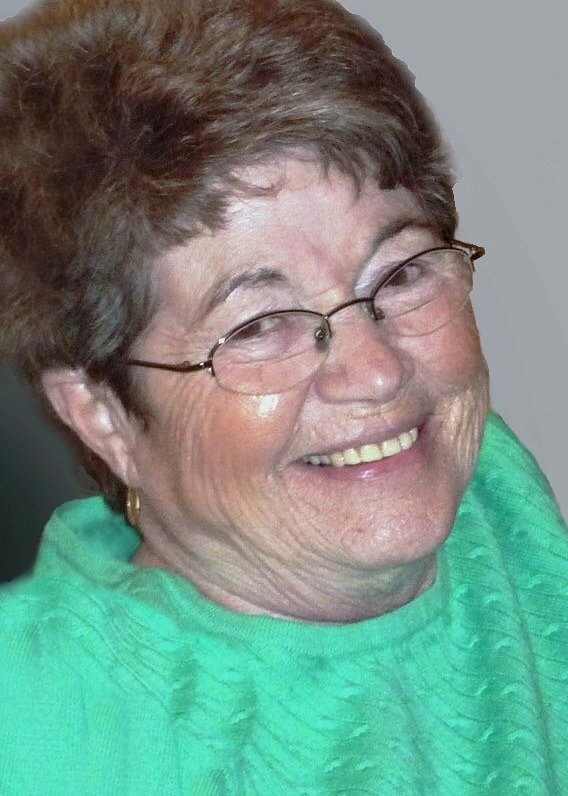 It is with great sadness that the family announces the passing of our mother, grandmother, and sister after a long battle with COPD and lung cancer.

Joan will forever be remembered by her daughter Vicki (Garry), son Rick (Lisa), grandchildren Joey, Lyndon, Kelsi, Jordan, Sydne and Brady.  She is survived by her brother Victor Mousseau (Rick) and sister Diane Lewsey.  She will be missed by lifelong friend Myrna Philpott.

Joan was predeceased by her parents Victor and Elizabeth Mousseau, husband Al Valiquette and sisters Georgina Tingley and Frances Widiner.

Joan grew up in the Elmwood area, later settling in North Kildonan where she raised her family and remained until her passing.

Joan worked at many jobs throughout her life including the Eatons mailroom and various federal government departments. She enjoyed family gatherings and her many years of bowling at Rossmere Lanes.  Joan was known for her immaculately kept home and her amazing butter tarts and pies.

Joan’s greatest pride and joy were her children and grandchildren and there was nothing she would not have done for them. We will be forever grateful for her love, devotion, hard work and generosity throughout our lives. We will miss her sense of humor and how she made us laugh.

Thank you to her many friends who supported her throughout her life and illness.

Thank you to the Health Care team on ward N1 at Concordia hospital for the care of our mom.

In keeping with Joan’s wishes cremation has taken place and no formal service is planned.  In lieu of flowers donations can be made in Joan’s memory to the Salvation Army or Cancer Care Manitoba.

Rest in Peace.  We will miss you forever.

Share Your Memory of
Joan
Upload Your Memory View All Memories
Be the first to upload a memory!
Share A Memory