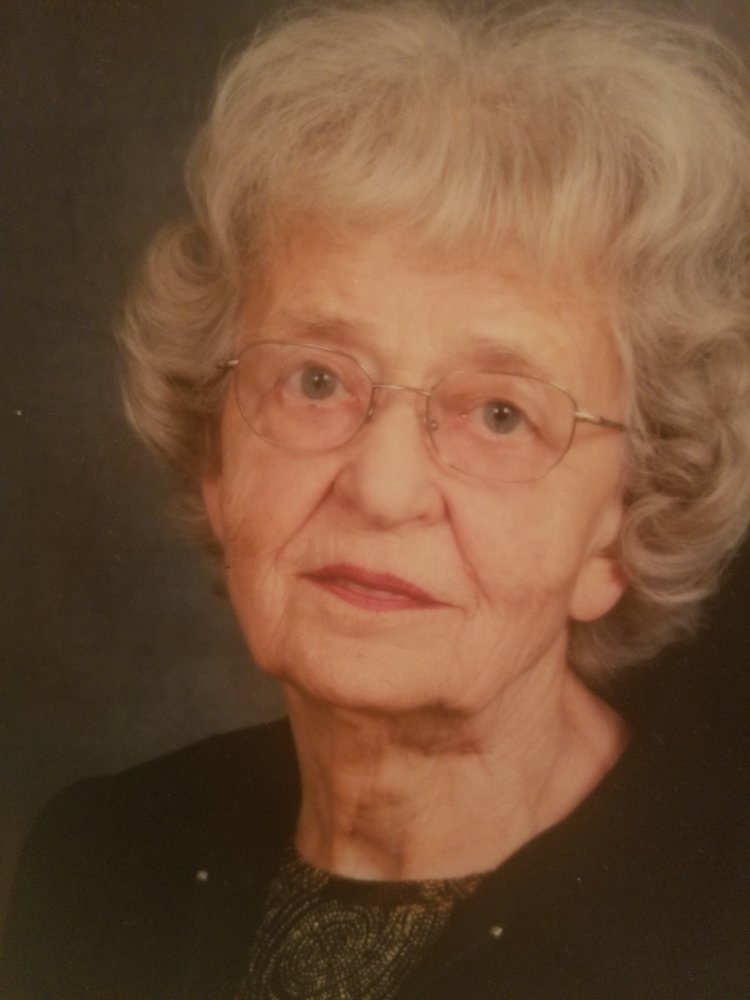 Please share a memory of Lavinia to include in a keepsake book for family and friends.
View Tribute Book

It is with great sadness that husband Steve and family announce the passing of their beloved wife, mother, baba and great Baba Lavinia at the Grace Hospice on October 7, 2019 at the age of 90 years. She will be deeply missed by her husband of 68 years Steve; children Wayne, Bonnie and Gerald; grandchildren Adrienne Petryk (Kevin), Lynndon (Stacey), Dustin (Kaitlyn Baker) and Joshua; and great granddaughters Ashley Petryk and Emily Novak. She is also survived by sisters Mabel Mochnacz and Delores Zegalski (Steve); sister-in-law Vivian Stach; brothers in-law-Bill Novak and Lorry Balabanski; as well as many nieces and nephews.

Lavinia was born in the district of Ozerna in the R.M. of Harrison, going to grade school in the area and then finishing high school in Sandy Lake. From school she went directly to work at the Erickson Creamery. Soon after, she ventured out in the world finding work in Vancouver and Toronto before finally settling in Winnipeg finding work with Winnipeg Egg. Lavinia and Steve met through mutual friends at a dinner party and, a year later, married on August 4, 1951 in Ozerna. Prior to the arrival of her first two children and becoming a full-time mother, she worked for Brentwood Egg where her boss was instrumental in getting her proper medical help and life saving surgery which left her deaf in the right ear.

In 1962, Steve and Lavinia went into the hotel business purchasing the Gateway Hotel in The Pas, MB were she learned to raise a family and run a business at the same time. Her side of the business was running the restaurant and housekeeping. Having taken these duties on without any previous experience or formal training she quickly learned by trial and error. Selling in 1965, they then moved further north to Flin Flon and purchased the Royal Hotel where she took on these same duties. Following several years of successful business, Steve and Lavinia built the Kelsey Trail Motor Inn where Lavinia then again reprised her housekeeping and cooking roles. She became very well known for her cooking skills and introduced many people throughout the world to her Ukrainian fare of holopchi, perohy, nalysniki, and borscht. Another famous dish often requested was Steve and Lavinia’s famous walleye fish fries.

In retirement years, Lavinia and Steve enjoyed wintering in Las Vegas where they often toured friends around when they weren't "on the job" and made many friends in the area. Lavinia was always a devote Ukrainian Catholic and was a generous supporter of St. Basil's Church

The family extends a special thank to the nurses and staff of the Grace Hospice for their wonderful care in her final days and to Dr Prodan who was always there for her. At Lavinia's request no service will be held at this time and in lieu of flowers, donations may be made to The Cancer Society of Manitoba or charity of one's choice.

Share Your Memory of
Lavinia
Upload Your Memory View All Memories
Be the first to upload a memory!
Share A Memory