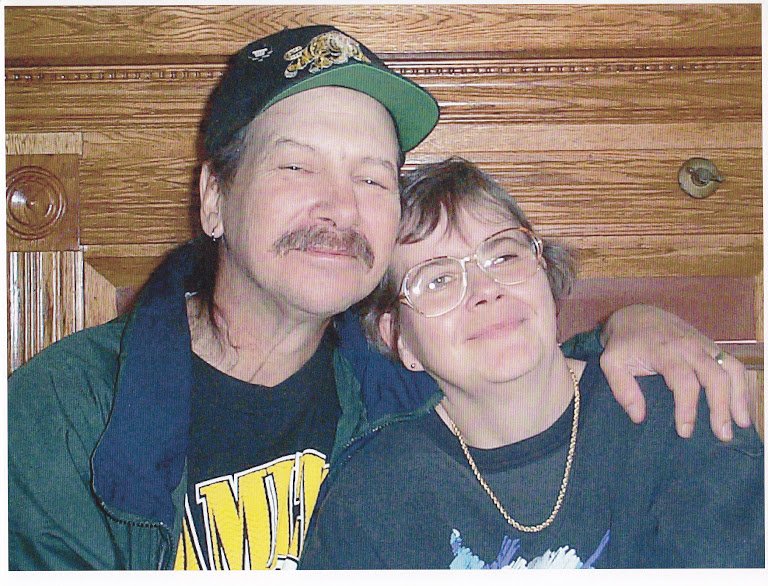 Leonard is preceded in death by his brother Randy.

Leonard was born in Rivers, Manitoba to Louise Menard on July 14, 1953. He went to high school at Symmes in Aylmer QC.  His last job was with Canadian Wheat Canadian Board but his favorite job was working for the horse race tracks in Aylmer QC and Ottawa ON. Leonard in his later years took up raising show pigeons and was very active with the Winnipeg Pigeon Association but when he moved he had to give it up as pigeons coops where no longer allowed in the city of Winnipeg.  His loft was called Paradise after his favorite musician John Prine. With the internet he was able to find more Priners and became friends with folks from all over the world to talk about their love of Prine. He never missed a concert he could attend from riding on his motorbike to Montreal or jumping on a plane to Ottawa.

Leonard was a strong believer in organ donations and his wish is for all to sign a donor card.

The family would like to thank New Directions. They became his family for the past 12 years, giving Leonard the best caregiver he could of had in Cory. Due to Len’s medical condition, they took him into their home and made him (and Kimmie) part of the family. They even took a special holiday to Ottawa for Leonard to meet his grandchild, Ben and to visit his old friends, Mike and Wanda Laquoix.

In accordance with Leonard’s wishes cremation has taken place and private Celebration of his life will held at a later date.

Leonard would not like us to mourn him.  He would like for you to raise a glass, put on some John Prine music and continue on with and John Prine tune in your head.

When I Get to Heaven

When I get to heaven, I'm gonna shake God's hand
Thank him for more blessings than one man can stand
Then I'm gonna get a guitar and start a rock-n-roll band
Check into a swell hotel; ain't the afterlife grand?

And then I'm gonna get a cocktail: vodka and ginger ale
Yeah, I'm gonna smoke a cigarette that's nine miles long
I'm gonna kiss that pretty girl on the tilt-a-whirl
'Cause this old man is goin' to town

Then as God as my witness, I'm gettin' back into showbusiness
I'm gonna open up a nightclub called "The Tree of Forgiveness"
And forgive everybody ever done me any harm
Well, I might even invite a few choice critics, those syph'litic parasitics
Buy 'em a pint of [?] and smother 'em with my charm

'Cause then I'm gonna get a cocktail: vodka and ginger ale
Yeah I'm gonna smoke a cigarette that's nine miles long
I'm gonna kiss that pretty girl on the tilt-a-whirl
Yeah this old man is goin' to town

Yeah when I get to heaven, I'm gonna take that wristwatch off my arm
What are you gonna do with time after you've bought the farm?
And them I'm gonna go find my mom and dad, and good old brother Doug
Well I bet him and cousin Jackie are still cuttin' up a rug
I wanna see all my mama's sisters, 'cause that's where all the love starts
I miss 'em all like crazy, bless their little hearts
And I always will remember these words my daddy said
He said, "Buddy, when you're dead, you're a dead pecker-head"
I hope to prove him wrong, that is, when I get to heaven

Share Your Memory of
Leonard
Upload Your Memory View All Memories
Be the first to upload a memory!