How To Talk To Your Loved Ones About Funeral Pre-Planning 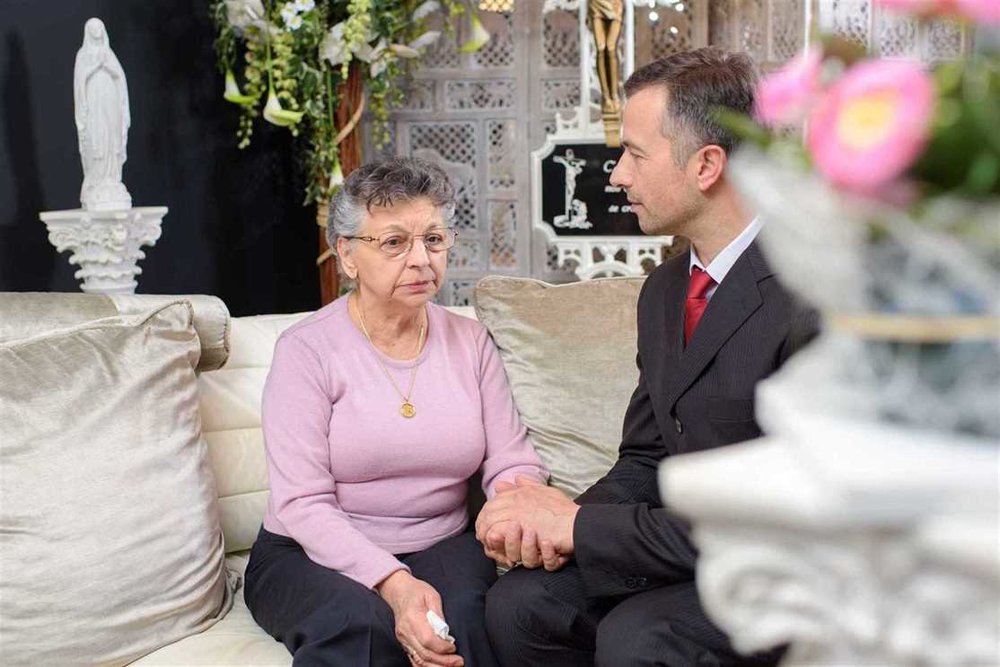 Life is full of hard conversations. These conversations, while emotional, are probably some of the most impactful moments you can have with another person. There are a lot of tricks to having a difficult, important conversation; most of them involve knowing what your goals are, being willing to listen to their goals, and being prepared to be emotional, while not being overwhelmed by your emotions. That means a good conversation takes a lot of preparation and effort - all parties have to be ready to have the conversation, to allow them the ability to be emotionally prepared and invested. In this post, we’re going to look at a conversation that might be difficult but is surely important - discussion about how your funeral has been pre-planned.

This isn’t a conversation you strictly have to have; after all, you can include all your funeral arrangements along with your will, and you can simply mention that arrangements have been made without going into detail about what exactly they are. That said, depending on your circumstances and relationships, the conversation could be an important one to have. There are a few different conversation points that might be difficult, and we’ll go over them to give you an idea about how to handle them.

The first point of friction in these discussions is often how to start them. Our society is leery about talking about death, even though it’s an inevitable part of life. That we hesitate to talk about it is unsurprising, though; thinking about losing a loved one can flood you with negative emotions, memories of your time with them flashing before you in a bittersweet collage, as though they’re already gone even though you’re speaking with them. Broaching the conversation, then, might best be done in a very comfortable, familial situation. Consider talking with your family and friends about your funeral arrangements over a meal, while looking at old photos, or at any other time people are comfortable, happy, and reminiscing; the feelings of nostalgia and well-being will position the conversation well. Actually broaching the topic can be a bit difficult: how do you tell someone you want to talk about the funeral you pre-planned? It can be as simple as “I want to talk about my funeral arrangements”, but you might want to ease into it with something like “I want to talk about something that’s important to me” so they know the conversation is about to take a bit of a tonal shift. These are your funeral arrangements, and you know your friends and family, so if you feel like leading with a joke or a memory is the best way to get into the conversation, you can.

More often than not, your loved ones will be willing to have this conversation with you; there are times, however, that you might encounter your second hurdle: someone who doesn’t want to talk about it. They’ll generally feel uncomfortable about it because they don’t want to think of your death; the most important thing to do is listen to their concerns. When you hear them out, let them know you respect their wishes; tell them it’s an important conversation for you to have, and if they’re not comfortable having it now, that you’d like to talk about it when they’re ready.

The final obstacle you might encounter is loved ones who are against the funeral you’ve planned for yourself; this is probably the most challenging obstacle to overcome. Often times, these conversations will involve differences in religious beliefs, which add a whole new emotional layer to the discussion. Again, here, it’s important to listen to and empathize with their concerns and to show that you appreciate their concerns. Here, of course, it’s completely fair for you to stick to the funeral you’ve planned for yourself, but if possible, you can come to a compromise with your loved one - include some symbol or ritual that’s important to them in the funeral arrangements if you’re comfortable doing so. If you’re not, that’s okay too; make sure they know you’ve listened, and that you appreciate them loving you so much they brought up their concerns.

This article has been focused on how to talk to your loved ones about a funeral you’ve arranged for yourself; in a future article, we’ll discuss broaching funeral planning with relatives whose final wishes you want to know more about. At Alterna Cremation, we offer cremation services, as well as a plethora of services to help you pre-plan, discuss, and understand funeral services.

How To Talk To Kids About Death

Death is an inevitable part of life, but many parents face a unique challenge when a loved one passes on: Telling their kids and explaining what death means. Young children may have a hard time pro...

Music expresses what words cannot and stirs human emotions in meaningful and powerful ways.  For this reason, life cycle events, like weddings and funerals, are often punctuated with poignant ...

WINNIPEG, Manitoba:  Alterna Cremation has nearly reached its one-hundredth five-star review on Google—no small feat for a female-owned business in what has traditionally been a male-dominated...

10 Meaningful Things To Do With Cremation Ashes

After a loved one is cremated, many people feel uncertain about what to do with the ashes.  What is the best way to memorialize the spirit of the person who has passed?     Of...

What Is The Difference Between A Funeral Director, Mortician, Undertaker, And Embalmer?

Technicalities such as the titles of people working in the funeral service industry may not be your foremost concern if a death has occurred in your immediate circle.  And certainly, the profe...

How To Make Room For Other People’s Grief

In today’s society, grief is often an avoided topic.  People aren’t sure what to say or how to help when someone they know is grieving the loss of a loved one.  And, to prevent saying the...

After a person is cremated, their loved ones must make a decision about what to do with the remains.  Traditionally, human ashes have been placed in an urn.  But as the number of people o...

How Much Does An Obituary Cost?

When a death occurs, there are a lot of decisions to make.  In addition to grief and other overwhelming emotions, people close to the deceased also have many practical considerations t...