What Is The Difference Between A Funeral Director, Mortician, Undertaker, And Embalmer? 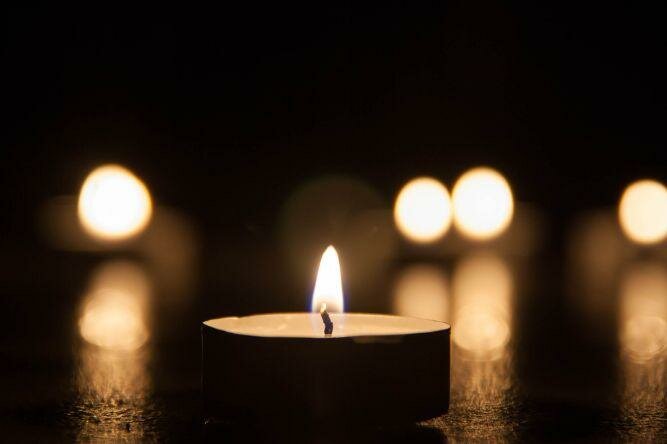 Technicalities such as the titles of people working in the funeral service industry may not be your foremost concern if a death has occurred in your immediate circle.  And certainly, the professionals who are supporting you won’t mind if you refer to them by the wrong title in error.

That being said, funeral service professionals provide an incredible amount to you and your family as they guide you through funeral arrangements and the initial stages of the grieving process.

So, let’s take a moment to understand what these individuals really do on a daily basis and afford them the respect they deserve by explaining their proper titles.

You may have heard the terms Funeral Director, Mortician, Undertaker, and Embalmer used interchangeably.  But are they really all the same?

Actually, three of them are.

The terms Funeral Director, Mortician, and Undertaker all refer to a person whose job it is to prepare the dead for burial or cremation and to arrange and manage funerals.

So why are there three different names?

Undertaker is the oldest term, often associated with British funerary customs.  In the mid to late 1800s, American undertakers wanted to distinguish themselves as professionals and selected the term mortician, which sounded dignified (and similar to physician).  Funeral director is the most contemporary title for the profession and currently most in vogue.

In Canada, funeral service professionals are trained and regulated by the Canadian College of Funeral Service.  It takes two years of full-time education and hands-on training to obtain a funeral director licence in Manitoba.

Embalming is the process of delaying the decomposition of a human body, usually so that it can be suitably presented at a private or public viewing.  Embalming involves removing organs, draining the blood from a body, and replacing it with embalming fluid.

Embalmers are the professionals who work directly with the bodies of the deceased and prepare them for the funeral service.  They have a more specialized role than the funeral director.  That being said, many funeral directors are also licenced as embalmers.

The Canadian College of Funeral Services regulates both professions in Canada.

What Services Does a Funeral Director Provide?

The funeral director helps with all aspects of the funeral process.  They are there to answer questions and provide support to families.  They also deal with the legal and logistical aspects of death.  In addition, they help plan and arrange all the elements of funerals and memorials (though they rarely perform ceremonies unless clergy is otherwise unavailable).

Embalmers, on the other hand, interact very little, if at all, with families.  Their primary focus is on the deceased themselves.

At Alterna, our funeral director and all of our funeral service professionals are committed to supporting our families with straightforward, direct, and dignified services.

10 Meaningful Things To Do With Cremation Ashes

After a loved one is cremated, many people feel uncertain about what to do with the ashes.  What is the best way to memorialize the spirit of the person who has passed?     Of...

How To Make Room For Other People’s Grief

In today’s society, grief is often an avoided topic.  People aren’t sure what to say or how to help when someone they know is grieving the loss of a loved one.  And, to prevent saying the...

After a person is cremated, their loved ones must make a decision about what to do with the remains.  Traditionally, human ashes have been placed in an urn.  But as the number of people o...

How Much Does An Obituary Cost?

When a death occurs, there are a lot of decisions to make.  In addition to grief and other overwhelming emotions, people close to the deceased also have many practical considerations t...

Timing: What Is The Best Day Of The Week To Hold A Funeral?

As you’re grieving for a lost loved one, a new task falls on your plate: Planning a funeral. Holding a funeral service allows loved ones to gather, support each other, and collectively mourn the lo...

Do I Need An Urn If I Am Scattering The Ashes?

The death of a loved one is incredibly overwhelming.  In addition to the obvious pain and grief that naturally come with loss, there are also many hidden obligations.     Plan...

When a loved one passes away, it is common to want to honour them with a memorial or a funeral service. Many people are now looking at the traditional funeral a bit differently, though. They want t...

Is A Casket Needed For Cremation?

When a loved one passes away, many people feel overwhelmed at all of the arrangements they need to make. Many people choose cremation to honour a friend or family member with the intention of eithe...